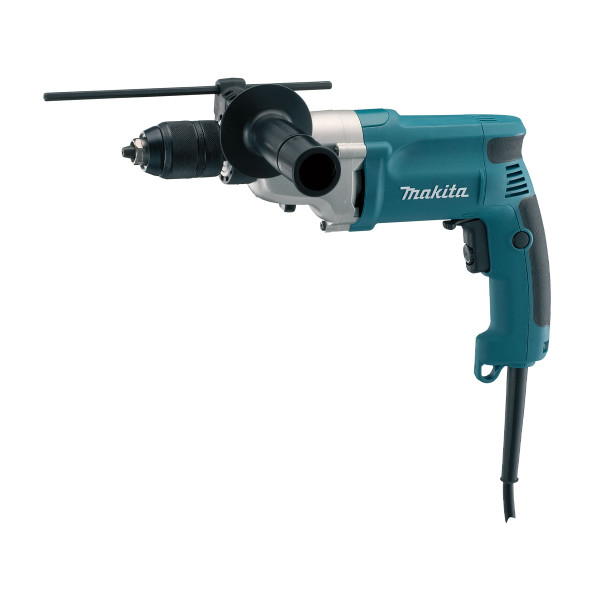 The Makita DP4011 2 speed variable, reversible, rotary drill is a medium speed, high torque drill designed to be used for drilling large holes in wood and steel. With its 13mm heavy duty metal keyless chuck allowing for drilling capacities of 13mm in steel and 40mm in wood and with the reverse lever situated conveniently above the on/off switch the DP4011 can also be used as a screwdriver.